I'm fixing another (I know I know) TS-430S for a friend. Yes, this means I'm returning it back to them. After all of the repairs I had to do to get the thing up and going reliably I did an RX carrier calibration. It was a little bit off - a combination of using WWV at 10MHz and the scope to calibrate CW, USB and SSB.

However, the AM and FM carriers didn't at all meet the expectations of the service manual. Notably, the AM carrier is seemingly the same as the USB carrier on transmit and there isn't one on receive. The FM carrier just didn't appear during receive or transmit. But .. it's transmitting FM.

Now, I need to go get the TS-430Ses I've fixed and compare the carrier behaviour to the other rigs, but .. well, they work on AM/FM receive and transmit. So ok, let's figure it out.

The AM carrier matches the USB carrier. It's weird because the circuit has an AM/FM carrier crystal however.. yeah, AM carrier here is linked to the USB carrier. I need to figure that out. And the FM transmit has no power control - it's 100W carrier only. So the only way to do it without dumping 100W out into the finals whilst adjusting it is to remove the RF drive output on the RF board (which feeds the finals with RF), attach a 50 ohm resistor across it and check the final RF carrier signal on the scope. This worked mostly OK but since there's no ALC feedback, the output is .. very distorted. Now, I don't know if these rigs were supposed to output a clean sine wave at all carrier output settings but .. well, they're very loud signals on lower bands, sometimes more than 8V peak-to-peak, which is almost triple what you need to feed the finals to get 100W out. So I got it in the ballpark - because well, the thing is not outputting a true sine wave here because the carrier output is way too high - and then had to resort to checking using a directional coupler and the scope.

Now, this isn't too bad - I was in the rough right spot for the FM carrier frequency anyway, and I can key down for a few seconds at a time without making things sad. But, this step was delayed until I verified the finals were working and that took a lot of work to get right. It turns out it was on the nose anyway after all of that and FM modulation now works great.

So - if you're aligning a TS-430S, the AM/FM carrier bit in the service manual may not be entirely correct.
Posted by Adrian at 4:41 PM No comments: 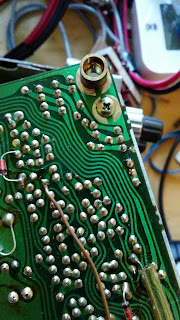 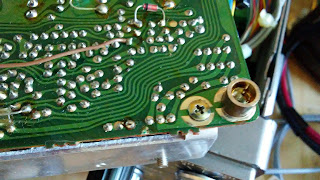 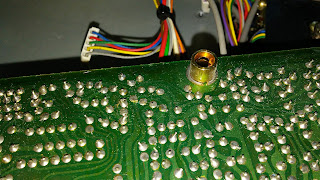 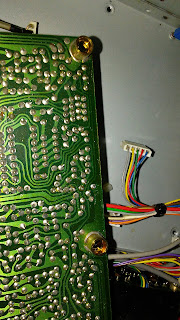 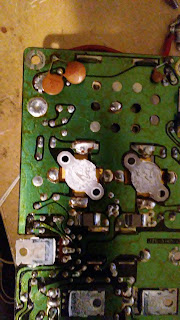 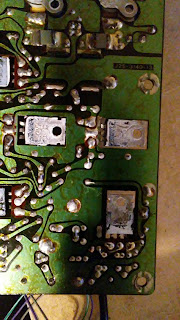 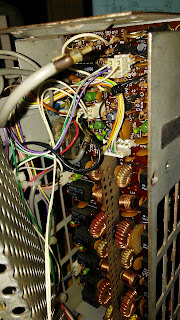 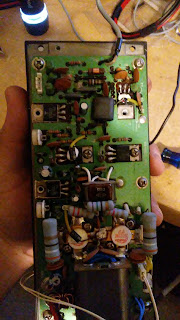 I get asked all the time why I don't backport my patches into stable FreeBSD release branches. It's a good question, so let me explain it here.

I understand his point of view, I really do. I'm also that user when it comes to a variety of other open source software and I ask why features aren't implemented that seem easy, or why they're not in a stable release. But then I remember that I'm also doing this for fun and it's totally up to me to spend my time however I want.

Well, the short-hand version is - I used to bend over backwards to try and get stuff in to stable releases of the open source software I once worked on. And that was taken advantage of by a lot of people and companies who turned around to incorporate that work into successful commercial software releases without any useful financial contribution to either myself or the project as a whole. After enough time of this, you realise that hey, maybe my spare time should just be my spare time.

My hope is that if people wish to backport my FreeBSD work to a stable release then they'll either pay me to do it, pay someone else to do it, or see if a company will sponsor that work for their own benefit. I don't want to get into the game of trying to backport things to one and potentially two stable releases and deal with all the ABI changes and support fallout that happens when you are porting things into a mostly ABI stable release. And yes, my spare time is my own.