Getting new simgen backdrops on my amiga 500

This'll be nice and short.

I wanted to add some new backgrounds to simgen, which is a hack on Amiga Workbench 1.3 setups which allows for a 1 or 2 bpp (2 or 4 colour) background image.

Part of it is figuring out how to convert to a suitably formatted IFF (interchange file format) for an Amiga. I didn't want to install photoshop or do photo conversion on the Amiga. Yeah I'm lazy.
So the TL;DR is:
Here's the input and output images: 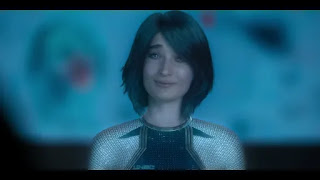 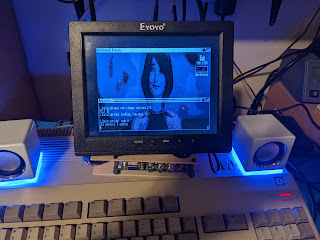 Yes I know I didn't crop it to the right aspect ratio; I just wanted to see if it worked before I spun cycles on optimising things.
Posted by Adrian at 12:13 PM No comments:

It took me WAY too long to get this gotek to work...

The short version - when you buy an actual OG Gotek with the OG Gotek firmware, it doesn't work in any convenient way that is documented on any of the retro computing sites, because you DEFINITELY need to flash it with different firmware.

Ok, so the less short version!

I picked up a busted Amiga 500 for free to help repair an Amstrad CPC464 for someone. It had a busted ROM socket, busted RAM and some other random crap that I needed to fix. Oh and 50 of the keys were not working, and the key membrane was broken!

So everything above is fixed - and I still need to fix the RTC in the A501 memory expansion - but now I need to get it to boot. And I don't have a spare floppy drive for this.

But I did have a Gotek - I bought it for the IBM PC stuff, but I ended up bootstrapping it using USB 3.5 inch floppy drives.

.. and it didn't work. And I didn't understand why.

I wanted to flash the FlashFloppy Gotek stuff from https://github.com/keirf/flashfloppy/wiki/Firmware-Programming. Easy peasy. Get a UART hooked up and connect to FreeBSD.

After reading around I found that someone tried at 9600, because it just wouldn't work faster.

I did that and well now it does. It's quite possible if I added the 10k pull-ups mentioned on the flashfloppy hardware mods section that I'd have more luck. 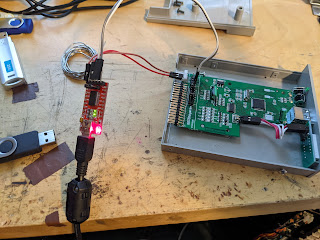 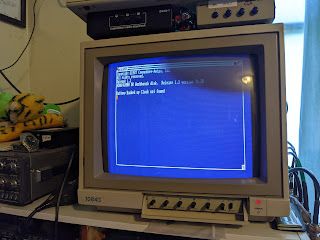 .. and flashing it from FreeBSD: 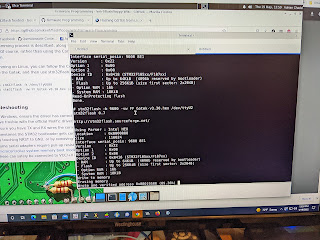 Easy.
Ok, next. Hooking it up. Set it to be device 0, remove another config jumper. Easy. Also, apparently the pinout is .. reversed on the amiga 500? In any case, pay super close attention to the orientation of the floppy drive connectors. 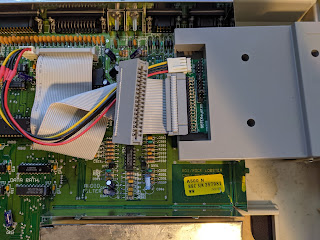 Anyway. Now it works. I then followed the installation instructions for a USB stick and whacked Workbench 1.3 images on - and now it boots fine into workbench 1.3. I've ordered a replacement mounting frame for the Gotek board so it can sit in with the case closed - but for now the machine works.

Well, besides the RTC. That's next. Ugh.

Posted by Adrian at 3:26 PM No comments: 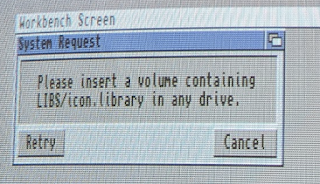 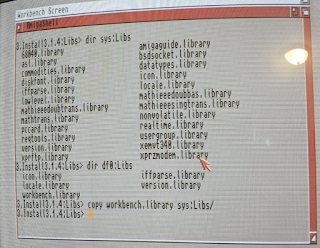 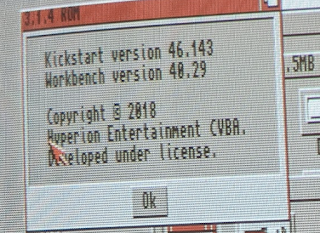 Posted by Adrian at 6:29 PM No comments: