I got lucky with an Acorn Electron 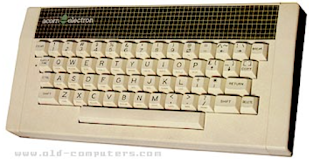 Wait, no. I never had one as a kid, I had access to a couple of BBC micros in my primary school for playing a pirate / math educational game that I have since not found online, and I've never really wanted one. Until a close friend's birthday - at which point I got them one.

And then we fell down a rabbit hole together.

So, I bought a dead Electron motherboard. Here you go. 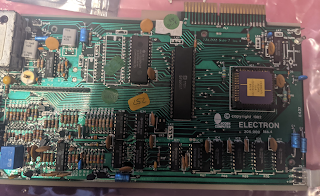 And the ULA - quite a bit of damaged tracks there. 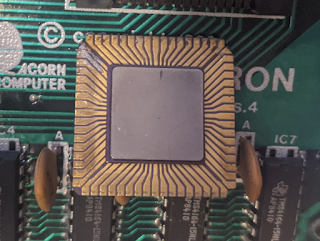 Yes, the ULA is supposedly dead, like a lot of these Electron PCBs. My goal was to strip the PCB of components and make a replica rev4 board. However, first up, i wanted to see if i could repair it.

So, I took off the ULA and fixed up the busted pins. Some copper tape and solder did the trick. One pin was completely missing, and that was quite a challenge to get right. 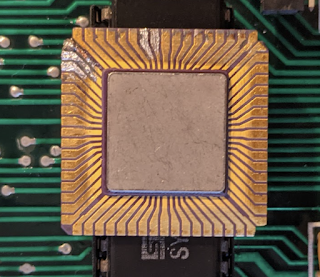 Then I socketed the 6502 CPU and BASIC/OS ROM. The 6502 was already socketed but the soldering job was pretty bad. I tossed the nice machined socket because it was soldered in bad and I didn't want to clean up all the bad solder from on top of the pins, and I instead just whacked a cheap socket down to test. 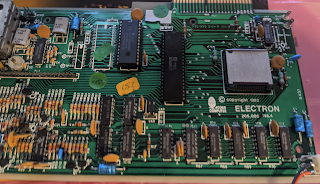 Then I powered it up. 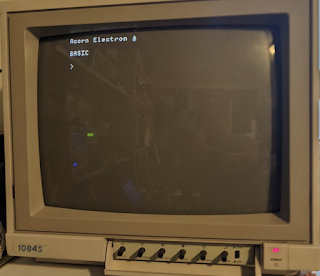 Oops. Guess I have a working Acorn Electron. Well, I don't have a case, power supply or keyboard. Guess I'm going to have to make a keyboard for it.